‘SYSTEM ERROR’ is a series of photographs depicting five whistleblowers who sacrificed their safety and reputations for the sake of exposing systematic malpractice in governments and corporations by breaking open the established systems thriving on secrecy and misdirection. Whether solitary or collective, civil disobedience in democratic societies has historically been a necessary corrective when institutionalised forms of government deviate from the democratic ideals they have been implemented to enable. The essence of glitch art is finding the beauty in malfunction and disruption — both intentional and unforeseen. By corrupting a digital image, one exposes its inner scaffolding. Whistleblowing is daring to disrupt the established system, breaking the rules so that they can be rewritten. It is a risk because the consequences are unpredictable, both on the personal level of the whistleblower, and society at large. The glitched portraits aestheticise this disruption of unsustainable and authoritative systems.

The portraits were created using a mixture of different glitch techniques such as data-bending, pixel-sorting and the injecting of text into the image code using a hex editor. Edward Snowden’s portrait was infused with the excerpt ‘Right to Privacy’ found in the Universal Declaration of Human Rights, as well as quotes from various newspapers, Chelsea Manning’s portrait was combined with the transcript of ‘Collateral Murder’ as well as quotes from interviews, Thomas Drake’s portrait with the Fourth Amendment and segments of The Baltimore Sun article, Ellsberg’s portrait with excerpts from the Pentagon Papers and Radack’s portrait included the Miranda warning and personal quotes regarding the importance of protecting the rights of whistleblowers.

Thomas Drake, Jesselyn Radack and Daniel Ellsberg will be participating in the Elevate Festival 2018. For more information, see Festival program 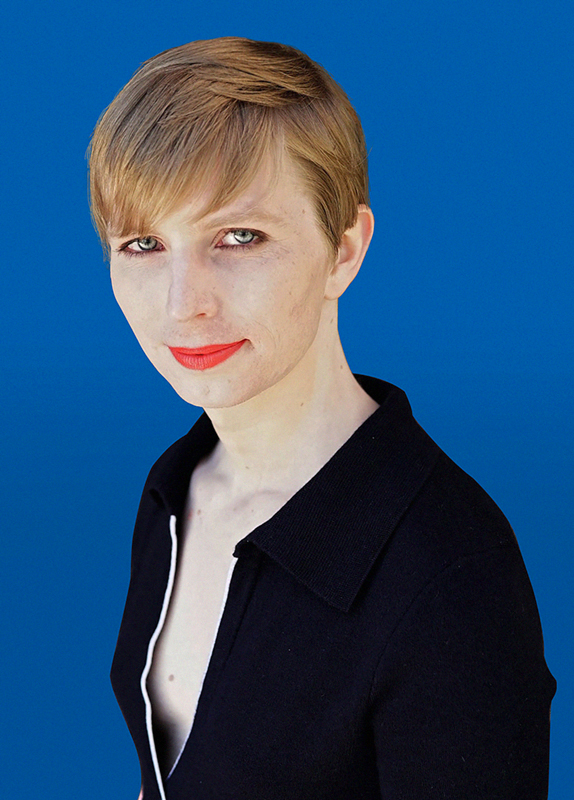 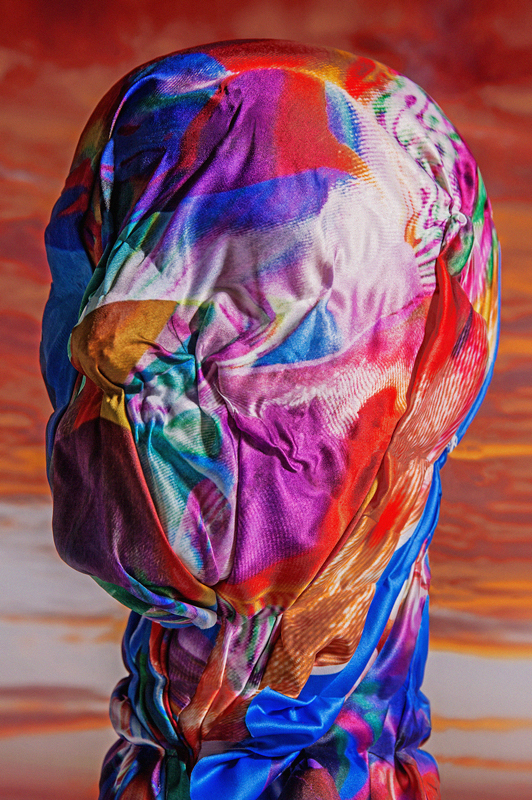 Chelsea Manning (b. 1987) is a former intelligence analyst who worked for the US Army. After being deployed to Iraq, she became increasingly disillusioned with US counterterrorism operations which were treating civilians and terrorist suspects as equal targets, attacking both indiscriminately and later classifying the civilian deaths as ‘enemies killed in action’. Determined to launch a national debate about the brutality of US foreign policy, Manning decided to shed light on backdoor US military tactics and allow the general public to judge for themselves whether they support their government’s actions abroad. After attempting and failing to contact traditional media outlets, Manning transferred around 750,000 documents, many of which were classified such as the Afghan and Iraq War Logs, to WikiLeaks. This included a gunsight video which later became known as ‘Collateral Murder’ depicting the killing of twelve Iraqi civilians and the wounding of two children in 2007; the list of victims included a photographer and his driver, both working for Reuters News Agency. What made the footage especially horrifying was the nonchalant and amused tone of the US soldiers’ commentary while shooting clearly unarmed passers-by and children, referring to the victims as ‘dead bastards’ and blaming the Iraqis for bringing children to the battleground when in actuality the children were on their way to school. Prior to the leak, the US military maintained that all the victims were hostile forces and died in battle — a lie which became difficult to uphold after Manning’s release of the evidence. Despite shedding light on the US government blatantly violating its own laws, Chelsea was labelled ‘traitor’ and ‘spy’, charged with aiding US enemies such as Osama Bin Laden and al-Quaeda, and was sentenced to spending 35 years in prison. After worldwide protests demanding Manning to be released, outgoing US-President Obama commuted her in January 2017. 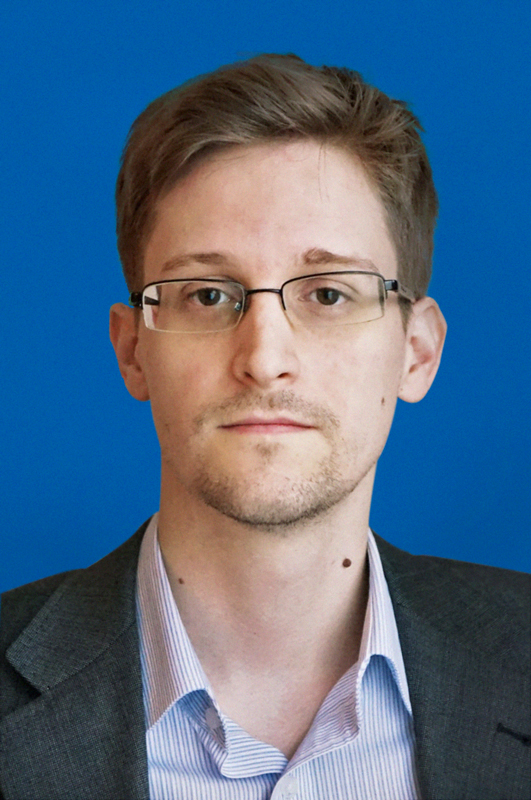 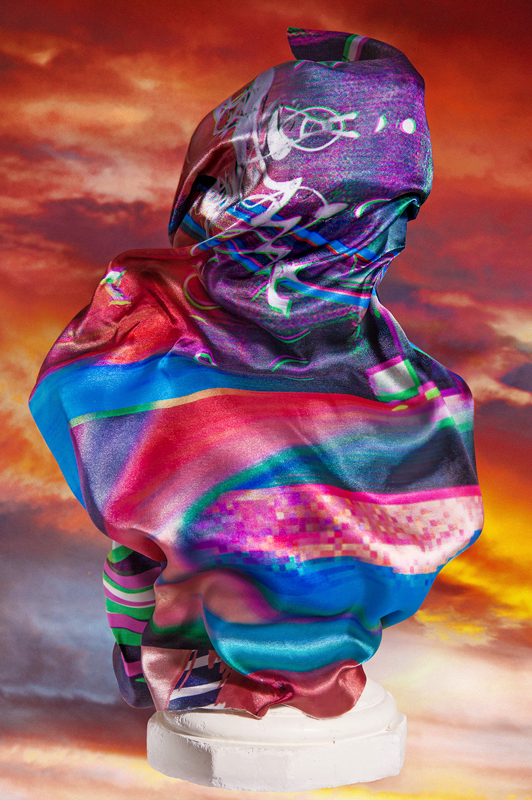 Edward Snowden (b. 1983) is a former intelligence analyst who leaked classified documents revealing a secret global surveillance program run by the US National Security Agency (NSA) together with the help of British GCHQ, the purpose of which was not only to spy on foreign countries, but to also collect and store massive quantities of private information on ordinary citizens without prior warrant. Immediately after the 9/11 attacks, the NSA used the opportunity to grant itself many of previously denied privileges using the soon-to-be staple excuse of declaring a ’war on terrorism’. This included recording the location of any US citizen using phone call information, monitoring text messages and emails, accessing web browsing history and monitoring internet traffic in general, cracking encrypted cellphones, forcefully infiltrating telecommunication cables, intercepting packages and tampering with their contents, installing backdoors in products produced by Dell and Apple, and creating interpersonal relations maps of individuals’ colleagues, family members and friends. The list is long and new privacy breaches are continuously being uncovered and added — all of which were conducted without the approval nor the knowledge of the general public, and would remain covert if it were not for the Snowden leaks. Although Snowden’s disillusionment with US intelligence forces began in 2007 after he witnessed the CIA bribing the Geneva police and blackmailing a Swiss banker into becoming an informant, his concerns with the ethics of mass surveillance reached a summit after he tried to share his concerns with government officials and was told to ‘keep silent’. After several dead-end attempts to internally question the legality of the program, Snowden reached out to Guardian journalist Glenn Greenwald and documentary filmmaker Laura Poitras and began leaking classified information which included documents detailing the NSA’s surveillance techniques. In 2013, Snowden became aware that maintaining anonymity was no longer possible, and fled to Hong Kong and then, with the help of WikiLeaks editor Sarah Harrison, to Moscow where he was granted temporary asylum. 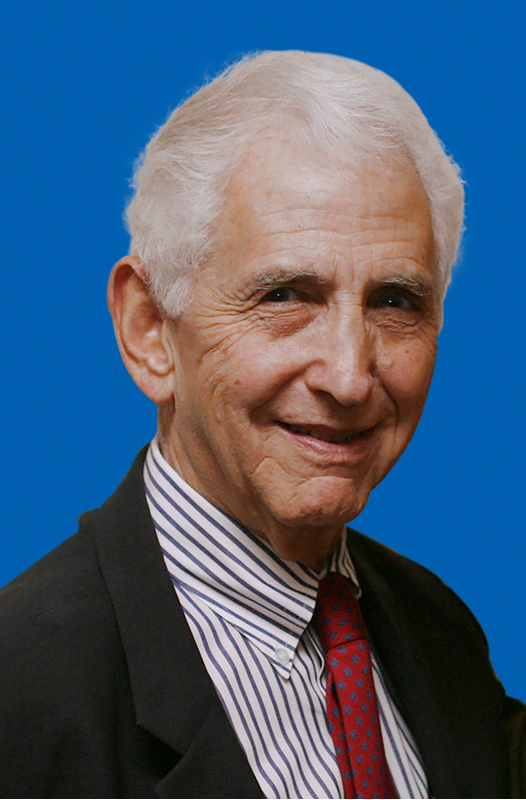 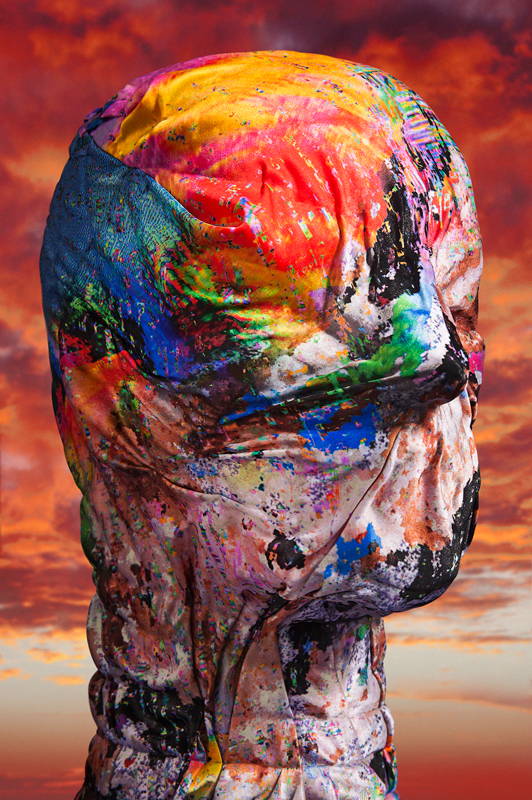 Daniel Ellsberg (b. 1931) is a former RAND Corp. military analyst who is responsible for the release of the Pentagon Papers — a series of classified papers documenting US-Vietnam relations during the Vietnam War, which unwittingly exposed the US government’s conscious decision to systematically deceive its citizens regarding the details of its involvement in Vietnam and neighbouring countries. The Pentagon Papers played an important role in the later downfall of the Nixon Administration as well as substantially decreasing the public’s support for US engagement in Vietnam. Commissioned by the Defence Secretary, the secret documentation of the Vietnam War was authored by several people including Ellsberg himself and disclosed that South Vietnam was not a US ally but rather an artificially created state conceived for the main purpose of limiting China. The Pentagon Papers also exposed the US bombings of Cambodia, Laos and North Vietnam, as well as the assassination of South Vietnamese President Ngo Dinh Diem. Disillusioned and worried, Ellsberg secretly made photocopies and turned to members of Congress for help. When the senators declined to make the documents public, Ellsberg sent a copy of the Pentagon Papers to The Times which agreed to publish a series of exposés and was thereafter unsuccessfully sued by the government. Ellsberg became a target of White House agents who went as far as to break into his psychiatrist’s office in order to obtain personal and potentially embarrassing mental health records. When the agents could not find anything incriminating, they proceeded to illegally wiretap his home and became involved in a plan to drug Ellsberg using LSD in order to tarnish his reputation. Ellsberg was charged under The Espionage Act of 1917 with a maximum sentence of 115 years, however, his case was dismissed when the extent of government misconduct became known, particularly regarding the illegal wiretapping of his house — the records of which were mysteriously lost during the court hearings. The same agents who instigated these illegal and aggressive measures against Ellsberg were later involved and convicted for direct involvement in the Watergate Scandal. 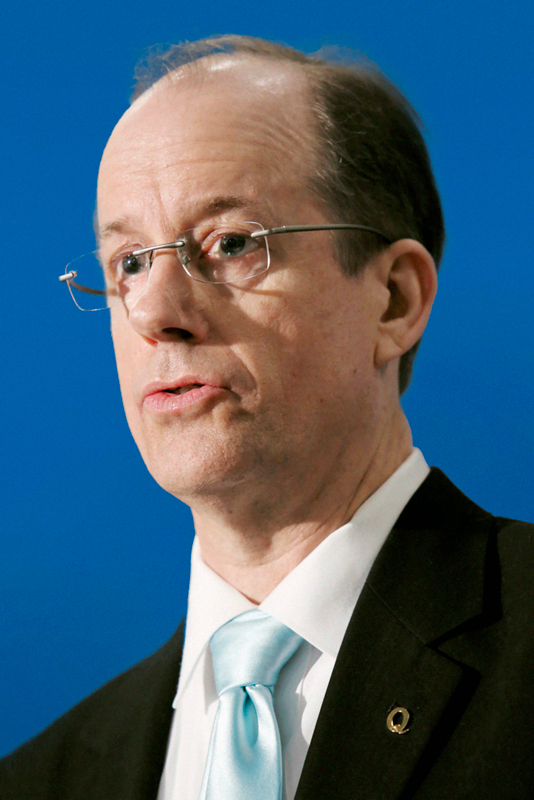 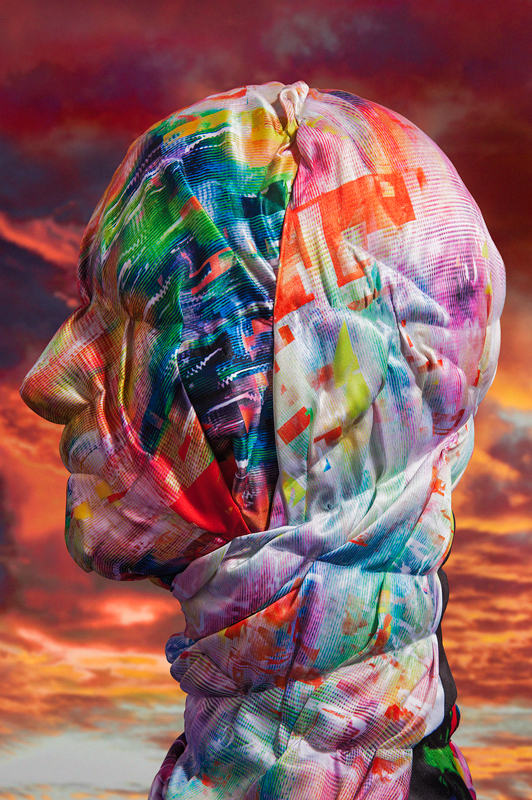 Thomas Drake (b. 1957) is a veteran and former NSA senior executive who leaked information regarding the NSA’s Trailblazer project which he believed to be a direct violation of the Fourth Amendment. Drake began working for NSA on the day of the 9/11 attacks and witnessed the subsequent dramatic changes in surveillance strategies. The NSA developed two major tools for collecting intelligence — the ThinThread Project which protected the privacy of US citizens and the more aggressive Trailblazer Project. As a supporter of ThinThread, he became concerned when the project was cancelled in favour of the billion-dollar Trailblazer program which aimed to track individuals online and through their phone communication. Similar to Ellsberg and Snowden, Drake initially sought internal help by complaining to different authorities within the defence and intelligence departments, and helped launch an internal investigation together with Diane Roark and William Binney. Drake also provided unclassified information to The Baltimore Sun regarding the questionable ethics of Trailblazer and general mismanagement within the NSA, after which the homes of Roark, Binney and Drake were all raided. Thomas Drake was charged with five counts under the Espionage Act and faced up to 35 years in prison despite the leaked information being unclassified and the Department of Justice not being able to provide relevant evidence against him. 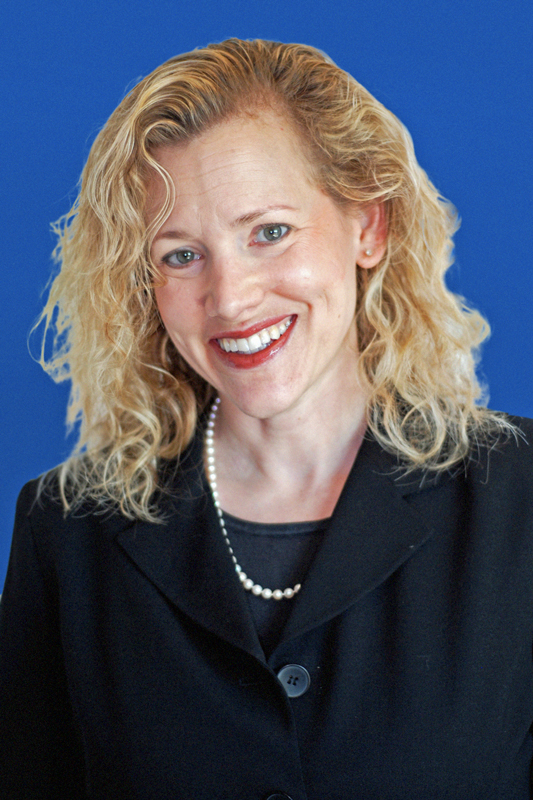 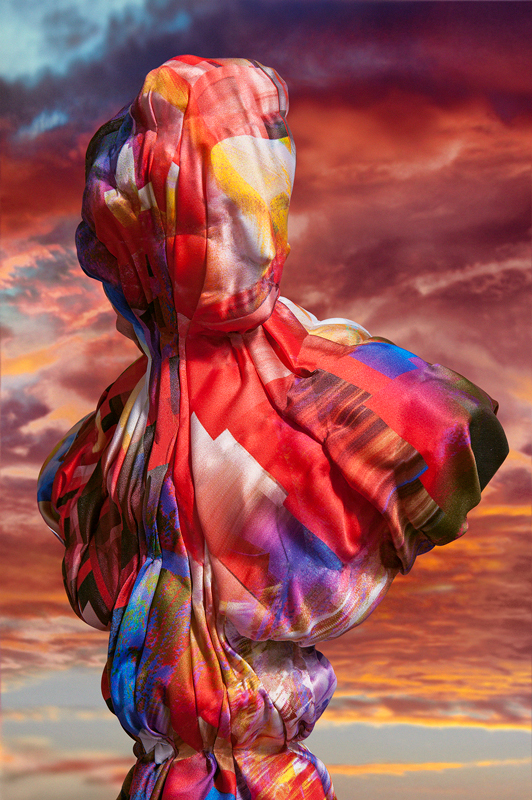 Jesselyn Radack (b. 1970) is a former Defence of Justice lawyer who is currently working as a human rights attorney specialising in defending the rights of whistleblowers. While working at the Defence of Justice, she was asked by a prosecutor whether it is legal to interrogate suspected terrorist John Walker Lindh without providing access to his lawyer. Despite Radack’s response that such an act violates the law, the DOJ proceeded to detain, torture and interrogate Lindh. Photos of Lindh blindfolded, naked and tied to a restrainer began to circulate in media outlets which led to a series of investigations regarding the Justice Department’s internal correspondence. Jesselyn Radack was shocked to find out that her emails regarding the Lindh case were deleted and that the DOJ was publicly lying about respecting the rights of Lindh. She reported to Newsweek that DOJ violated the rights of Lindh by torturing him and not providing access to a lawyer, lying about denying Lindh his Miranda rights, lying about being aware that Lindh was represented by a lawyer, and then later destroying the evidence regarding the case. She resigned from her position and soon after became a long-term target of the Justice Department, which accused her of being a terrorist sympathiser and placed her on the “No-Fly List”, assailed her colleagues at her new workplace which led to her being discharged, and tried to revoke her license to practice law — all of this was executed without an official criminal charge. She is currently representing Edward Snowden and Thomas Drake.

Andy King is a digital media artist whose often satirical and political works focus on internet subcultures and themes of loneliness and human relationships in a digital age. She explores life as part of the first generation which experiences popular culture through the internet — along with that comes the blurring of distinctions between truth and fiction, copy and original, private and public spaces. Based in Berlin, King works with found images and videos, photographing and manipulating them repeatedly in a way that mimics how information is disseminated and distorted online.

Berit Gilma is a critical artist, researcher, curator, writer and activist based in Berlin. She works in the realms of art, politics and technology with a current focus on the aesthetics of secrecy. She has a Graphic Design and New Media background and holds a BA in Visual Communication of the University of the Arts in Berlin, Germany recently being a student of Ai Weiwei.  Previously she studied Sociology with a focus on Gender Studies at the Karl-Franzens-University in Graz, Austria and Communication Design at the New School in New York City, USA. She has also been a visiting research fellow at the RMIT University in Melbourne, Australia.

Since 2018 she curates the Elevate Arts program.